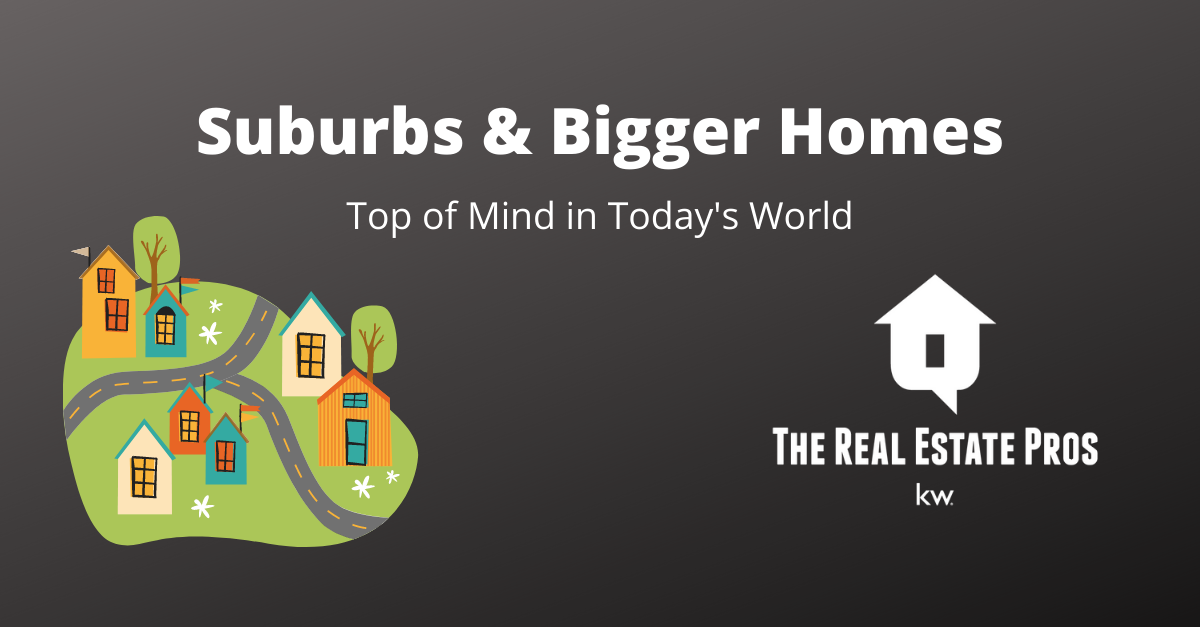 Moving to the Suburbs and Bigger Homes

The pandemic has wreaked havoc on our world since the beginning of 2020. However, the housing market seems to be going stronger than ever – in part due to people wanting the suburbs and bigger homes. This is partially due to homeowners and new homeowners rethinking what they want.

We Made a Few Decisions

During lock down, millions of Americans learned a lot about themselves and their living spaces. All segments of the population are affected, but Millennials especially, are making some moving decisions.

Being home 24/7 made some realize the need for more space at home and the want for more privacy from neighbors.

All of a sudden, rooms in our homes were doing double or even triple duty! In some cases, dining rooms became school rooms, guest rooms used as offices, workout facilities popped up in family rooms and even going outside in a tightly built urban area made us all want more room – inside and outside! 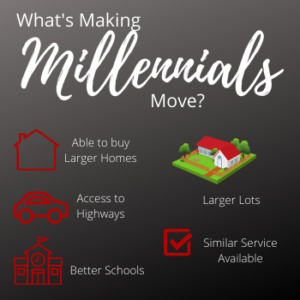 in spite of the pandemic.

The suburbs and bigger homes had kind of fallen from favor the last few years. People were moving more to urban areas, walking distance from their favorite restaurants and stores.

After (and during still in some areas) lock down, the view of the ‘burbs is changing and becoming more favorable.

The sheer space gained in lot size and a homes’ square footage is definitely becoming more attractive to Americans.

During the warm months, having an outdoor space that isn’t connected to or that is a bit more private is definitely on the wishlist of lots of homeowners. Inside, they need more rooms and flex space.

Working from Home May be Permanent

Some companies have announced that their workforce will be working from home through at least the end of 2020. Others are still throwing around the idea of moving out of large office buildings since it seems it has worked during the lock down. Some are considering making it a permanent change. Some of the companies contemplating or executing remote workers include:

There are many more!

We saw the 30 year mortgage interest rates drop below 3% a few weeks ago. This is the first time in the history since tracking the rates!

This coupled with wanting more living space has made the suburbs and bigger homes very attractive to buyers.

Multi-generational families have increased as well, due to the pandemic. Whether it’s college kids attending virtually, college graduates hunting for that elusive first job or older parents at high risk for the virus being moved in with other family, more space is needed.

Moving to the suburbs and finding that bigger home is not easy with the nationwide housing shortage. New home builders can’t keep up with the demand and the inventory of existing homes for sale is pitiful.

Still, the buyers have made a decision and will keep looking until they find the right home for their family.

Have you re-evaluated since Corona? Are you looking to buy or sell?

We’d love to talk with you, either way.

The world is changing before our eyes. Are you ready?